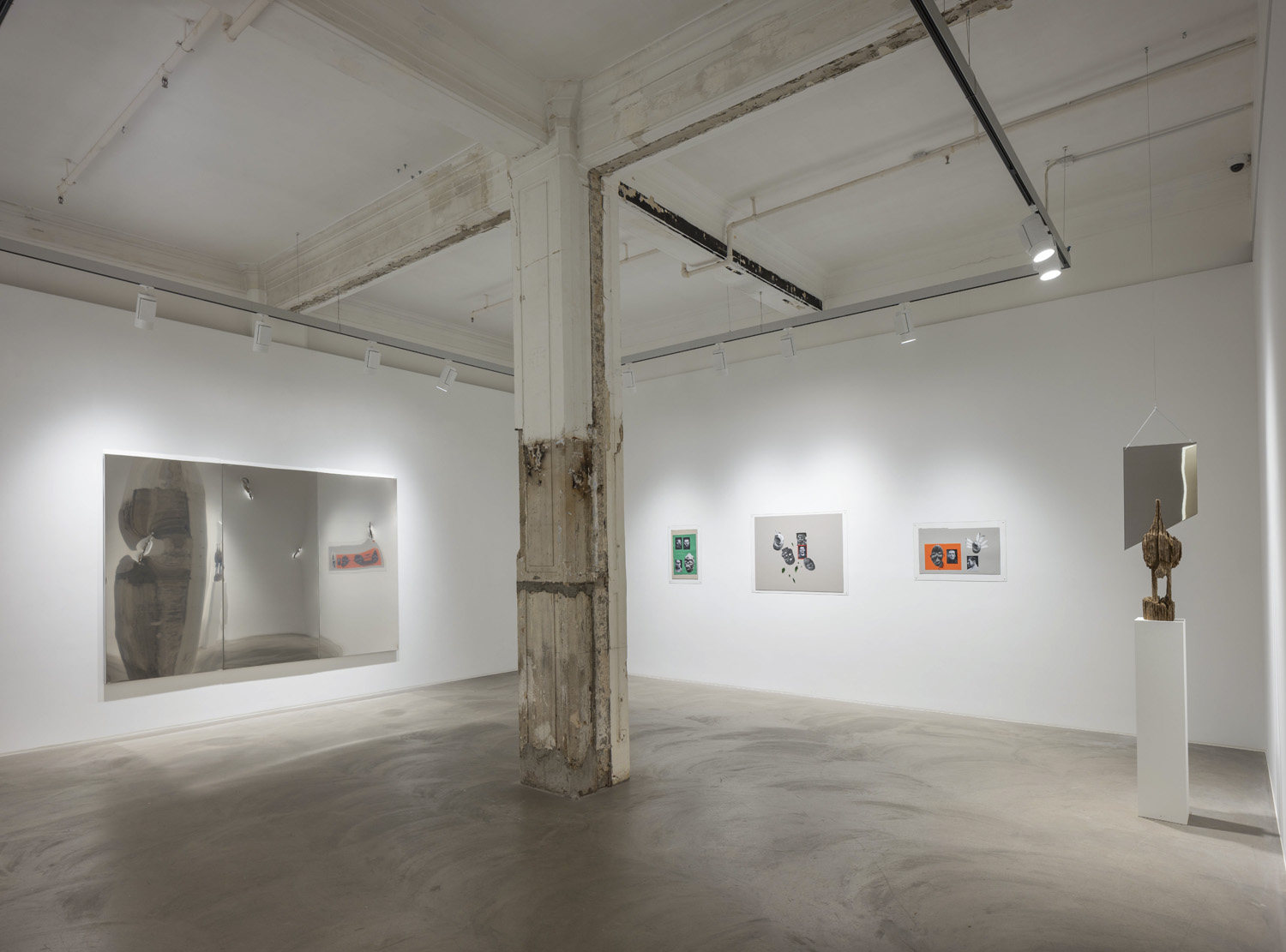 It is perhaps fitting that French-born Algerian artist Kader Attia is based in Berlin, a city of scars. A city where the ruins of a wall that once divided it are still visible; a city in which the atrocities committed during wars and by two repressive regimes are memorialised; where the architecture of communism and fascism stand side by side, sometimes pockmarked with bullet holes. It is a city where the scars are on display so that you are in constant confrontation with history and memory, and never able to forget the past.

And so it is with Attia’s work. Working across diverse media and forms – photography, film, collage, sculpture, drawing and installation – the artist has built up a two-decade career defined by rigorous research. Through his work he critiques power and hierarchical structures by examining the scars, trauma and injury inflicted by colonial and imperial powers on non-western cultures. Exploring the relationship between non-western cultures and western thought, he regularly employs ethnographic artefacts to reveal the effects of this clash of civilisations on the body, and on the shaping of history and culture.

Straddling both the “occident” and the “orient”, the artist has a fluid identity inflected with the political and philosophical. Born in France to Algerian parents, he grew up in Algeria and Paris where he studied both philosophy and fine art, followed by further studies in Barcelona. It was in Congo, where he spent a couple of years doing his obligatory non-military French national service, that Attia became fascinated with the way people repaired objects. For Attia, to repair is an act of historical righting, of reclaiming and reappropriating history, and of reclaiming the freedom that was denied to the conquered or colonised in the writing of the historical narrative. It is an act of reconstructing identity in a post-colonial era, and in the face of western cultural hegemony.

His first solo exhibition in Hong Kong, Heroes Heridos (translated from Spanish as Wounded Heroes), explores the issue of reparation in the pecuniary, political, physical and psychological sense, through mixed media including film, sculpture, collage and works on canvas. The eponymous Héroes Heridos (2018) a three-channel video installation consisting of interviews with immigration activists – many of them immigrants or children of immigrants themselves – occupying in protest La Massana, the former school of arts in Barcelona that Attia himself attended. The 40-minute film raises questions of citizenship and identity, and highlights the challenges and indignities resulting from a structure of racism and ingrained biases against immigrants that stems from Spanish colonialisation. Three separate collage works on paper (all untitled, 2018) juxtapose the disfigured, stitched-up faces of First World War soldiers in western military uniforms with images of African tribal facial scarring and traditional African masks. These are “sickness masks” used in traditional ceremonies in Congo, Nigeria and Mozambique, which celebrate and acknowledge illness in order to overcome fear of disfigurement or illness, and to memorialise the act of healing. In colligating the traditional masks with faces disfigured by modern warfare and ritual scarring, Attia makes us consider not the differences – as western modernism, obsessed with categorising according to difference, does – but the similarities between them.

The crude lines carved into the faces of the African masks are echoed in the brutal injuries of the soldiers’ cuts.Within these works, spanning two years of the artist’s practice, also lies a critique of modern western aesthetics with their idealisation of and obsession with perfection and the unblemished. The soldiers’ faces and the masks aren’t really repaired at all in the sense that they have been restored to their original state; the repair process always leaves a trace of the injury. A large cotton canvas, Mirrors (2018), is slashed and stitched back together into visible raised scars that speckle the otherwise smooth, unprimed canvas. For Attia, to repair is also to reveal the trauma – scars are a visual reminder of the past, for the injury should never be forgotten. The wounds of colonial history, war and genocide need to be accounted for.

Scarring and repair create something new. Such is also the case with Entropy (2016), a stark juxtaposition of an amputated tribal Ngbaka figure from Central Africa with a stainless telescopic arm. The traditional and the modern – the colonised and the coloniser – are fused into a hybrid, born of both worlds but resulting in something altogether new. By placing the traditional object in a new context with the modern, Attia speaks of the alteration to history that takes place when one culture is overcome by another, and one historical narrative dominates another.

Attia’s repaired works speak of value, and the difference in values between western and non-western cultures, critiquing capitalism with its emphasis on insatiable consumption rather than repair. While the repaired object still holds value for many non-western cultures – the Japanese, for example, have a name for repaired pottery, kintsugi, repairing cracks with gold or silver so that they become a feature – western culture tends to see objects that are broken as disposable and not worth repairing. Imperfection renders an object valueless, an attitude that also permeates notions of physical beauty. To repair is an act of resistance to this cycle of consumerism, one of reclaiming and rejecting western cultural hegemony with its emphasis on the sterilised, unblemished perfection.

The stand-out piece of the exhibition, Hainamoration (2017), is composed of an ancient wooden double bird sculpture from the Sakalava people of Madagascar. Facing a double-sided mirror, the sculpture is both multiplied and divided. The sculptures are both reflections of one another and reflections of themselves. Drawn from Lacanian theory, the title is a portmanteau of enamouré (to be in love with) and haine (to hate), referring to the inextricable entwinement of love and hate. But the work also hints at the one-sided depictions of multiple histories, a connecting thread of many of Attia’s works.

In French psychoanalyst Jacques Lacan’s theory, a child first gains self-awareness when seeing its reflection in a mirror, but this self-awareness remains incomplete due to the visual limitations of the mirror. The work is allegorical of western modernity’s singular viewpoint of itself and the cultures around it, precipitated by a historical amnesia that is, Attia once said, “The great tragedy of contemporary society”. Attia highlights these multiple histories – scarred, injured and broken – and symbolically repairs them in an act of healing, but also as an act of revealing and remembering.