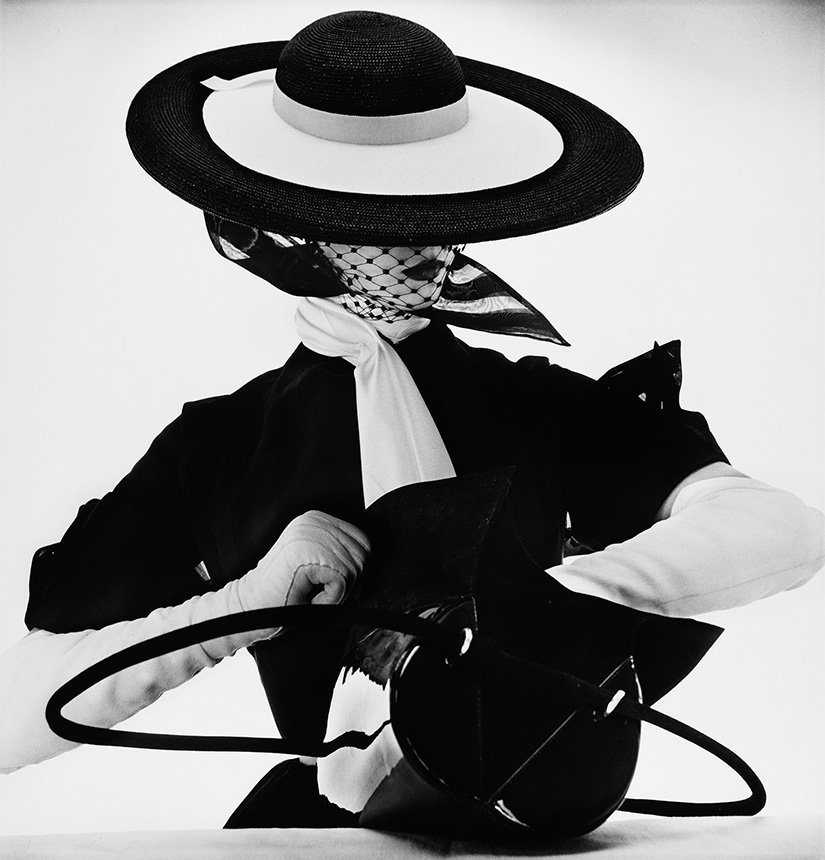 Irving Penn at Pace not only highlighted the artist’s accomplishments in fashion photography, portraiture and still lifes, thanks to a long, illustrious career at Vogue, but also revealed and celebrated his first love, painting. The first show in Hong Kong dedicated solely to Penn, it was an accurate if concise retrospective of a brilliant artist who sought to find beauty in everything he portrayed, and whose creativity extended beyond the lens.

The audience was able to trace Penn’s path as it evolved and to appreciate the many facets of his practice. Works such as Large Sleeve (Sunny Harnett) (1951) and Black and White Fashion with Handbag (Jean Patchett) (1950) attest to his keen eye for fashion styling, zooming in on his talent for capturing sculptural form and detail in fabric, magnified by the stark black-and-white contrast of gelatine silver prints. They were displayed alongside ethnographic portraits from Morocco and nudes that convey softness and suppleness.

Past the main salon were individual portraits of fellow cultural luminaries: Noguchi, Stravinsky, Duchamp, O’Keefe. They are small but powerful depictions; photographed full-body in a corner, which Penn liked to create using two studio flats. Each seeks to be comfortable interpreting the tiny space, revealing distinctly different personalities. The greater depth of field renders the background just as important as the foreground, forming a reverse vignette that places the subject at the very centre.

Complementing these were still-life collages of industrial metal objects, and two blown-up cigarette butts clearly influenced by the Arte Povera movement of the 1960s and 70s. They are well-organised compositions that play on the graphic forms and textures of the discarded objects; the latter allows the viewer to feel every fibre of the tobacco and crinkle of the rolling paper, but to somehow find beauty in the grit and grime. As platinum palladium prints mounted on aluminium, a revolutionary technique the artist pioneered, the images also project a warmth that allows for the subtle gradations in tone of which Penn was a master.

Not content with elevating fashion photography to an art form, or revolutionising modern print-making, Penn came full circle in his later years back to painting, the medium in which he first trained. African Village (2005) and Untitled (2006) are the only two non-photographic mixed-media works in the exhibition, and the only ones in colour. They still demonstrate his keen eye for collages and arrangements, but are more tactile, fluid and spontaneous, exposing the artist’s more intimate frame of mind during his creative process.

Although brief, the show celebrated both Penn’s commercial successes and his artistic innovations, highlighting his achievements in the postwar period. A perfectionist who always imbued his subjects with class and elegance, be they celebrities or plain, everyday objects, he was also a classicist at heart. Eschewing elaborate backdrops and settings, he not only proved that less is more, but also left behind a legacy as a visionary who paved the way for modern black-and-white photography.