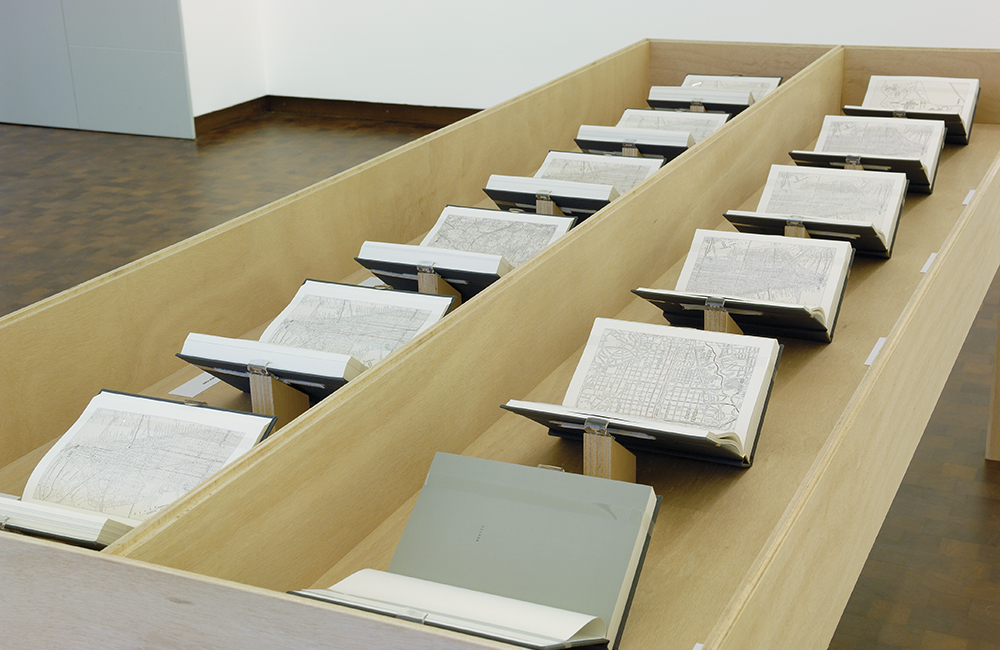 If every picture tells a story, then like the picture, that story has a perspective. According to art writer, curator and museum director Charles Esche, the story of art in Asia has been told, over time, from countless perspectives by writers from around the world, in what he sees as a journey towards greater understanding.

“It was still not that long ago, in 1982, that the director of Documenta wrote in the foreword to the catalogue that he covered the whole of the art world in this publication, and he described a world which exists between New York and Vienna,” says Esche. “That’s a white, largely male world. He might have been a rather conservative director at that time. Nevertheless, it was a position that was held quite generally in the era.” Europe’s art world flourished with the development of movements reflecting its changing ideas – Renaissance, Impressionism, Fauvism – that grew from and at times shook its classical foundations. But as it made contact with art in distant places, according to Esche, rather than tell the story of that art, it made it a part of its own.

“The classic inspiration for modernity is the African sculptures in [former Parisian palace] the Trocadéro that Picasso saw. He was inspired to finish Les Demoiselles d’Avignon as a result of seeing these faces,” says Esche. “These are works that were completely contemporary with Picasso. They were being made at the beginning of the 20th century. They were being collected at the same time and defined as Cubist. The artists who inspired them were available to talk to and to meet in person in places like Congo. [European] people simply didn’t do it, because these people as individuals were not considered worth taking into account in terms of the inspiration. They said these sculptures come from ancient traditions and some could have been made 2,000 years ago.”

Esche, however, sees a shift in understanding with the decolonisation and end of empire that followed World War II. New narratives were written that told the story of art in other places, including Asia, and with wider perspectives that challenged dominant discourses.

“That perspective continued into the 1980s,” says Esche, “but it started to be overlapped by a kind of critical need to become more aware of other parts of the world. It coincided with a certain type of globalisation in economies: the idea that the colonial was shifting to the global and power was being handed over to different parts of the world. Then you come to a point when Europe is a place in the world rather than the place in which the world is governed.”

A critical European view emerged, with publications challenging the establishment. There were also more writers on the ground in Asia starting to understand its art from the point of view of local artists, and with a more sophisticated look at their cultural influences and social experiences.

“At that point, those voices from outside of Europe became louder, with magazines around the region, in Hong Kong and elsewhere, “says Esche. “It became harder to maintain the discourse that works from outside are not art because they are not from [the west]. That white-supremacist discourse became gradually challenged, but let’s also be clear these different perspectives are, even now, co-existing.”

The map of understanding that was drawn with this dominant discourse recognises art from outside centres of power like London or Paris using anthropological labels such as “Chinese contemporary art”, which would be used before a term like, say, “cynical realism” to fit a market that looks out towards another place. Such categories distance the viewer from the art’s essential ideas, as the viewer is also forced to see it through a cultural lens.

“In the case of Japan, for example, artists such as Takashi Murakami, despite being contemporary, resonate with the market because they contain elements of Japanese art that can be exoticised, particularly by adding recognisable Japanese pop culture,” says Esche. “Koki Tanaka is a Japanese artist clearly critiquing his own art and its background. We also have figures such as On Kawara, who chose to move to New York and travel around the world and send these postcards from where he was, with a kind of Buddhist idea of recognising the moment, giving the idea a new context. David Medalla and Nam June Paik similarly went to work in the major art zones to escape this ethnic essentialism.”

As these different perspectives co-exist in the 21st century and power structures change, new categories that reflect universal ideas could help see the African story in Cubism or the Japanese influence on Impressionism. Out of that might be expressed a universal truth that at least includes all viewpoints.

“On a philosophical level, we can say that universalism hits a problem,” says Esche. “David Hume said that the minds of men are mirrors unto each other, and he thought that getting into the mind of someone else is not really possible. I think this idea of getting to the core idea of a work is not only about ethnicities but also individuals. We are always carrying ourselves with us. But I understand that things connect and we need to see that. We need universalism that can be built through particular cases where we can say that these ideas relate to each other despite coming from different places. If we focus on the idea, we can find commonalities and look at the soul of a work, if not from different perspectives.”