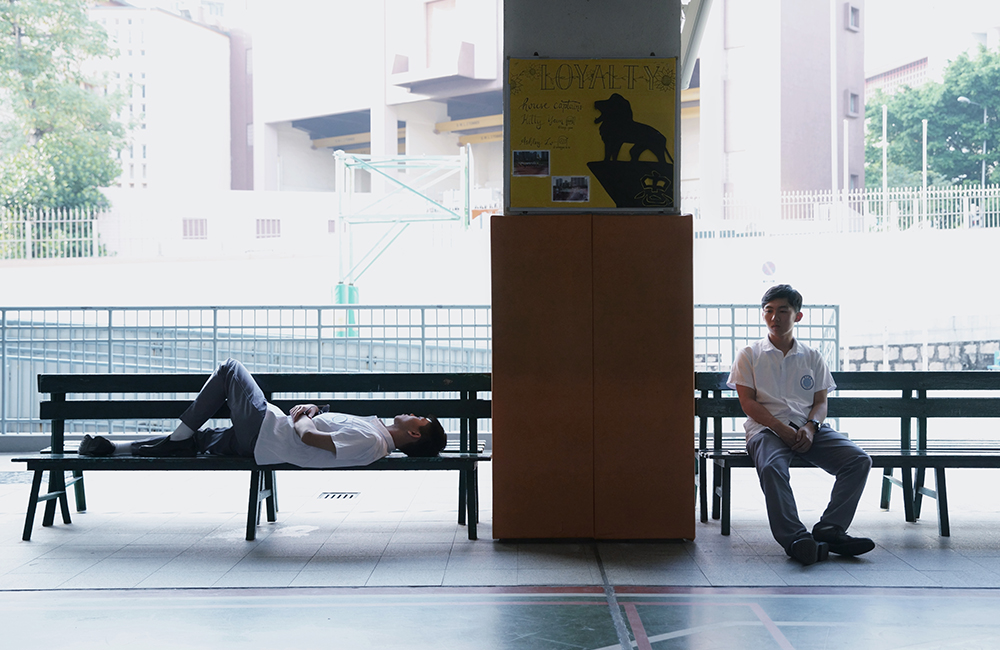 Despite the desire to return to normality, the world has changed, perhaps irreversibly, since the outbreak of the global Covid-19 pandemic. In Hong Kong, effects of the outbreak as well as 12 months of social turmoil are evident in every aspect of society, and the city is bracing itself for the political unknown looming on the horizon that threatens to alter its character forever.

The Hong Kong film industry, for one, has been decimated by the social, political and economic turbulence and the public health situation over the past year. The shutdown of multiplexes in April and May as one of the measures to contain the outbreak dealt a blow to theatrical exhibition businesses, and local film production has become extremely rare. In addition to the postponement of the Entertainment Expo Hong Kong, which includes Hong Kong Filmart and the Hong Kong International Film Festival, the once vibrant local film festival scene has also come to a standstill in the first half of 2020. The 14th Fresh Wave International Short Film Festival was nearly one of the casualties. Organisers said they waited as long as they could to decide whether to go ahead with the June dates, then settled on a streamlined lineup, cancelled workshops and an absentee headliner, the Japanese director Tetsuya Mariko, who will not make a personal appearance due to border restrictions.

The festival, which showcases a selection of short films from around the world, as well as projects it subsidises, has also seen the number entries in its local competition drop from 20 to 11 this year. Although the number of submissions remained within the 200 to 300 range – as it did for the 2021 edition, for which the application period has closed – 15 projects were greenlit after a change was made requiring applicants to submit a full script. Out of those, four withdrew from the competition because the filmmakers were unable to finish the short films. For some of the filmmakers, physical disruptions and the emotional toll wrought by the past year heavily impacted the production process, resulting in delays, location changes and problems with actor availability.

With a subsidy of HK$100,000 each, the greenlit projects, lasting from 10 to 30 minutes, compete for four prizes: best cinematography, screenplay, director and the Fresh Wave Award. Due to the limited budget, “Submissions tend to be contemporary stories about social issues, as period dramas or sci-fi are restricted by the resources available,” says Fresh Wave director and first-round competition jury member Shu Kei. The selection for the local competition this year covers a broad spectrum of topics, including a married couple’s struggle for survival when the husband becomes a quadriplegic after an accident, a boy with a camel, a tender romance between two cinephiles, and a dark liaison between a pastor and one of his flock.

Although the selection of the projects in competition was made in May 2019, before Hong Kong was gripped by citywide protests, one of them, Belated Listen, seems to reflect contemporary events. The protagonist, Sum, is the son of a policeman suspended for excessive use of force “before June” (a line in the film). Sum is bullied at school for being a cop’s son, but a girl in his class who he has feelings for defends and protects him. The twist is that both Sum’s tormentors and romantic interest are active protesters, and Sum is torn between support for and resentment of the protests, as well as his revulsion at his father’s actions against protesters. According to writer and director Lin Zeqiu, the script was finished in January 2019 and was inspired by the tension between Hongkongers and the police force after the 2014 Umbrella Movement and 2016 Mongkok unrest. But adjustments were made as the protests heated up and the relationship between the police force and the citizenry worsened. He chose a policeman’s son as the centre of the story to shed light on both sides of the political divide and give voice to a group that he considered overlooked – offspring of law enforcers who sympathise with the resistance. “What I also want to explore,” Lin says, “is whichever side you take, hatred becomes an underlying consensus. But who is responsible for producing these divisions and hatred is a question that deserves a deeper examination.”

Apart from subjects that have captured worldwide attention, Fresh Wave also gives a platform for aspiring filmmakers to tell stories that fall between the cracks of this global financial centre clouded by uncertainties. Mo is about a Pakistani asylum seeker’s bond with an African single mother and her son in Hong Kong. Inspired by a chance encounter with a worker in a fresh produce delivery van late at night years ago, director Fung Ka-cheuk dived into the communities of asylum seekers and refugees and found stories hidden away from the city’s glamourous skyline. For Fung, their plight cast a different light on Hongkongers’ struggles as the political landscape rapidly shifted. “In the past year, Hong Kong changed from being a place that accepts refugees to one that exports political refugees,” Fung says. “I remember when I visited an NGO for refugees, an African political refugee told me, ‘In these times, we never know whether we’re the next refugee, whether this identity has chosen us.’ That’s how refugees are made: under oppression.”

As the spectre of stricter censorship – both external and self-imposed – looms for both artists and ordinary people in Hong Kong, it could change the way Fresh Wave makes its choices. “Fresh Wave has a policy of no interference with the content of a project,” says Shu Kei. “Nor is the selection based on the content of a project, whether or not it is about a sensitive topic or related to politics. Even if the story portrays violence or sex, we don’t take that into consideration. You can do it if you can manage it. Because we have to submit the films to the authorities for approval, that’s who makes the call whether a film is suitable for public screening. The no interference principle is one that we have been most adamant and consistent about from day one.”

From the perspective of fledging filmmakers, Fresh Wave serves a unique purpose in the Hong Kong film industry. “As long as there are young people who want to express themselves through film, and as long as Fresh Wave still exists, it will continue to be a pathway into the film industry,” says Lin. “Fresh Wave respects the creativity of new directors.”

As Fresh Wave chairman and founder Johnnie To put it in the Fresh Wave 2020 booklet: “Fresh Wave will continue to walk with our younger generation of filmmakers to overcome the hardships of our times, so that they may continue to create films that belong to Hong Kong.”