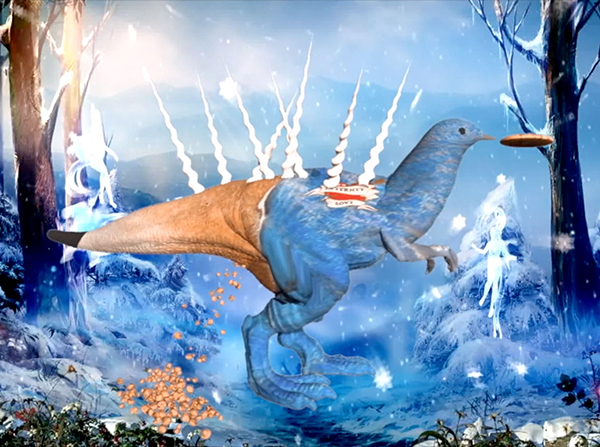 M+ presents Hardcore Digital Detox, a work by Shanghai- and New York–based artist Miao Ying, commissioned expressly for the M+ Stories online platform. It explores the restricted Chinese internet—popularly known as the ‘Chinternet’—and is a ‘strategic lifestyle advice tool’ with the seemingly illogical premise of offering an online retreat from the digital world. This #spiritualretreatinchinternet parodies the widespread commodification of ‘wellness’ in Western societies, as well as the growing demand among affluent consumers for post-materialist experiences rooted in authenticity and nature—the kind that make for perfect Instagram posts.

Miao considers herself a dual citizen of the Chinternet and the World Wide Web, and Hardcore Digital Detox operates in these two territories simultaneously, pitting mainstream internet users against Chinese censors by playfully instructing users to set their virtual private network (VPN) to mainland China, where popular websites and apps like Google, Apple, Facebook, Twitter, Instagram, Netflix, eBay, WhatsApp, Vimeo, and Amazon are restricted. For Miao, the images and ideas that are blocked by the Great Firewall of China are akin to liu bai (negative space) in traditional Chinese ink painting, as both are paradoxically productive negative spaces that stimulate imagination. Far from seeing the restricted internet as a deficiency, the artist’s self-diagnosed Chinternet Stockholm syndrome celebrates the ingenuity, humour, and intelligence of Chinese internet users, and the rich visual culture they have cultivated behind the firewall. Hardcore Digital Detox adopts many of these users’ creative workarounds, which are strategies Miao describes in positive terms as ‘self-censorship’. The work is a companion piece to her 2016 project Chinternet Plus, commissioned by Rhizome and the New Museum.

Hardcore Digital Detox is the first work in M+’s new series of digital commissions, which explores online creative practices that sit at the intersection of visual culture and technology. The series engages with a range of topics related to the digital, including data visualisation, interactive design, gamification, and hyper-connectivity.