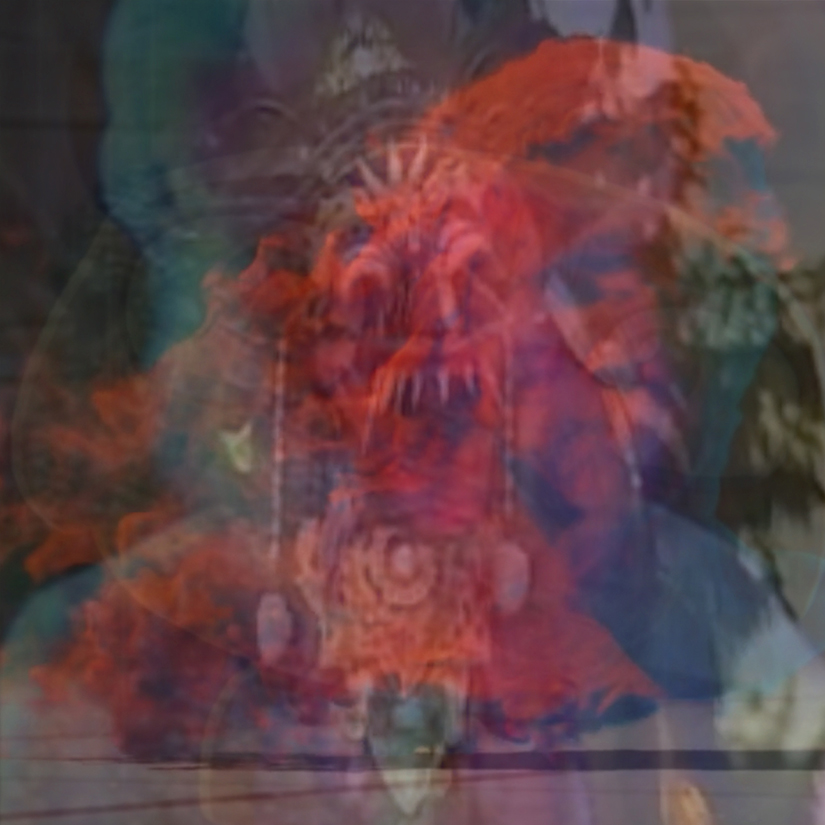 Endlessly, an algorithm selects and weaves different sounds and images from the database of text, music and online images that forms Ho Tzy Nyen’s ongoing project The Critical Dictionary of Southeast Asia. It asks what Southeast Asia is, and how we can grasp such a concept, which is at once real and constructed.

Language itself is inadequate at reflecting the region’s diverse features and unifying characteristics. Experience on the ground also has its limits: wandering the streets of Bangkok or along a rice field in Vietnam would not be enough to seize the essence, if one exists, of such a vast territory. According to Ho, the term Southeast Asia originated with the western allied armies during World War II, when they created special force to liberate the region from the Japanese. In the context of the Cold War, and later during the Vietnam War, it increasingly became used from a geopolitical perspective. In 1950, for instance, Cornell University opened its Southeast Asian Studies department, financed by the CIA to better understand these countries and monitor the development of communism there. This notion has then been progressively internalised and somehow integrated into local cultures and modes of thinking.

Rather than trying to define this problematic term, which might in fact have no essence, Ho approaches it from different modalities and from a rhizomatic, pluralistic, dynamic perspective. His dictionary, first developed in 2012 while in residence at the Asia Art Archive in Hong Kong, offers an open way to grasp the intangible reality of the concept, challenging the traditional narratives pertaining to Southeast Asia and our usual modes of knowledge.

The most recent video from the dictionary, exhibited at Edouard Malingue Gallery, is an overarching work, including all the letters of the alphabet in an ongoing loop. Random footage from the internet is combined with sentences dealing with communism, political corruption or animistic cosmology, read or chanted by an ever-changing voiceover. Constantly edited by an algorithm, the video is never the same and continuously re-creates itself. This state of permanent transformation reflects the endless process of defining something and the impossibility of encompassing a notion, especially when it comes to an identity which is alive.

The work is hypnotic, taking viewers away in a physical experience: the brain tries to catch up but cannot resist the dense flow of sound and images, and somehow has to let go. The rhythm is constantly broken up, making it impossible to adapt to it. The voiceover keeps varying in tune, like a musical instrument: a quiet voice, a whisper, a song or a monotonous, almost ritual recitation or feverish repetition of words, a haunting chant performed by Singaporean artist Bani Haykal mixed with electronic resonances. The sound is pervasive and enveloping, again speaking to the body more than the mind. The footage is also eclectic, from cartoons to nature documentaries, biological animations and historical archives. Some extracts are long, others very short and accompanied by flashing images. Colour and black-and-white images fuse.

The density of the data recalls the density of the jungle, while the sometimes breathless rhythm plunges the viewer back into a typically humid Southeast Asian atmosphere. The ruptures and accelerations of the flow recall the movement of water, an omnipresent feature of the region, running freely from the Himalayas or blocked by dams, canalised through irrigation systems or condensed as vapour. Despite an initial feeling of confusion, the viewer can grasps threads and follow them, wandering freely among this accumulation of singularities. Just like a thread that can give birth to many fibres, Ho’s tapestry is made out of infinite possibilities and ramifications.

For this exhibition, the artist also explored alternative visual representations of this condensed heterogeneity. Two large lightboxes, creating a superposition of patterns and colours that changed according to the viewer’s standpoint, crystalised the complexity of the video in static objects as an attempt to transfer the sense movement of the images into the viewer’s body. The images remain very blurry and abstract, though. A sculpture-like installation of a Rubik’s cube with 26 sidessuspended from the ceiling was easier to read, with its representation of 26 images extracted from the video, while an unfolded, flattened version of the cube hanging on the wall embodied the artist’s methodology, which crushes meanings and hierarchies, putting facts, fictions, people, heroes, colonisers, communists and bacteria side by side without any entry point or preference.

This anti-genealogical, flat approach paradoxically brings thickness and consistency to the concept of Southeast Asia, participating in the construction of its reality and mythology from a non-authoritative perspective. Breaking the usual linear narratives and the traditional system of representation, the work reveals unexpected power relations and allows us to rethink the question of identity through an original, political and epistemological model, which includes autonomous singularities without absorbing or diluting them.