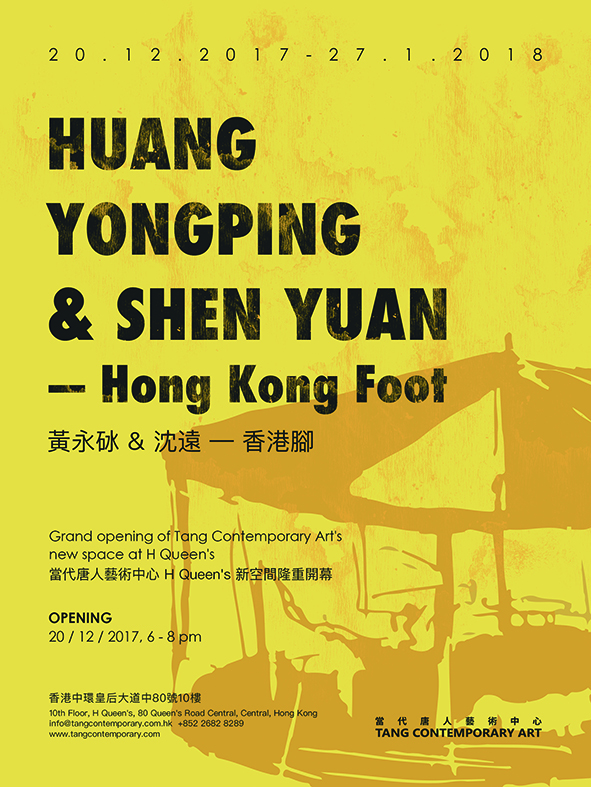 This exhibition will present three new works by Huang Yongping — Les Consoles de Jeu Souveraines, H.K/La Peau de Chagrin, and Wax Seal — as well as Shen Yuan’s Yellow Umbrella/Parasol. The works exhibited have no direct relationship to the title, but the title does reflect the artists’ interest in Hong Kong’s regional politics. “Hong Kong foot” is the Chinese colloquial name for a fungal infection of the foot, because early Western missionaries noted that many people in Hong Kong had this condition. When Hong Kong was ceded to the British, many British soldiers also contracted this infection. Even later, many Shanghai people fleeing south during the Japanese invasion of China also developed this fungal infection. Huang Yongping has pointed out that “what we most associate with Hong Kong is ‘Hong Kong foot’.