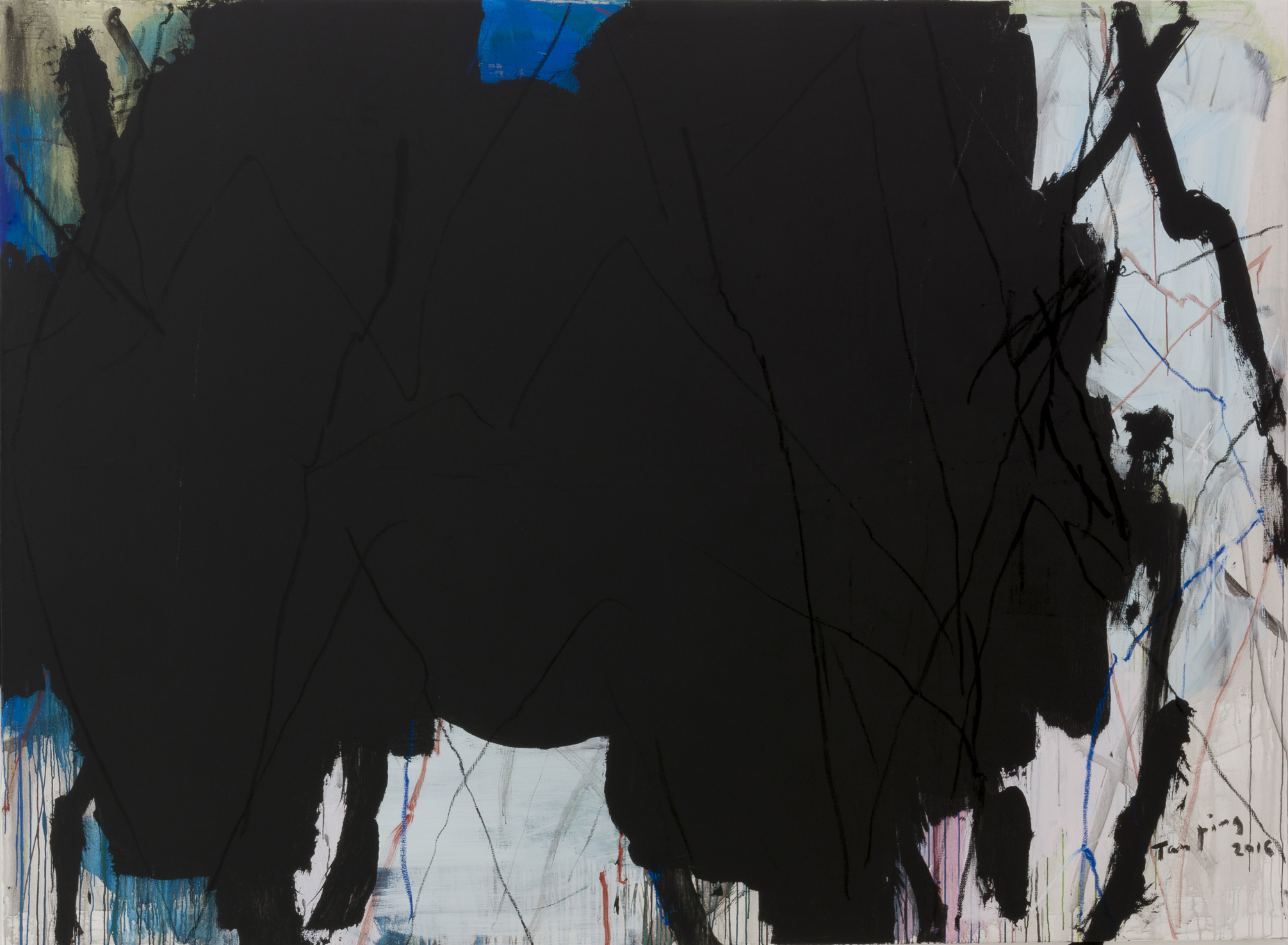 Tan Ping is widely recognised as one of the most influential contemporary artists of his generation and a central figure among Chinese abstract painters. In 2016, Tan was invited to start his Overspreading series at the Helmhaus Zürich museum in Switzerland. He believes that when he creates one of his paintings, it generates a unique, site-specific bond between the work and its environment. He conveys such a powerful connection through a striking visual language: that is, extending his brushstroke beyond the physical boundaries of the canvas, and breaking through onto the wall. He also questions whether or not separating his works from their original context causes uncertainties about their presence. One year later, in 2017, Tan took his investigation into the relationship between his works and their exhibition space a step further by detaching his previous works from the museum and bringing them to Leo Gallery Hong Kong for the first time.

Transferring the works from a museum to a gallery raises the question of whether their displacement invisibly breaks their connection with their spatial context. From the artist’s point of view, an important part of the painting has been removed by the change of location, and only the remainder arrives at a new space.

This year, Tan’s works will again be detached from their original context of the Swiss museum, to Leo Gallery’s new exhibition space at the Art Basel Hong Kong, removing them from the place that anchored their original inspiration. Tan Ping uses the term “seaming” to describe the efforts he makes when he creates new meaning out of his previous works in a new location. A new form of visual expression is constructed on the intertwining relationships among location, inspiration and state of creation.