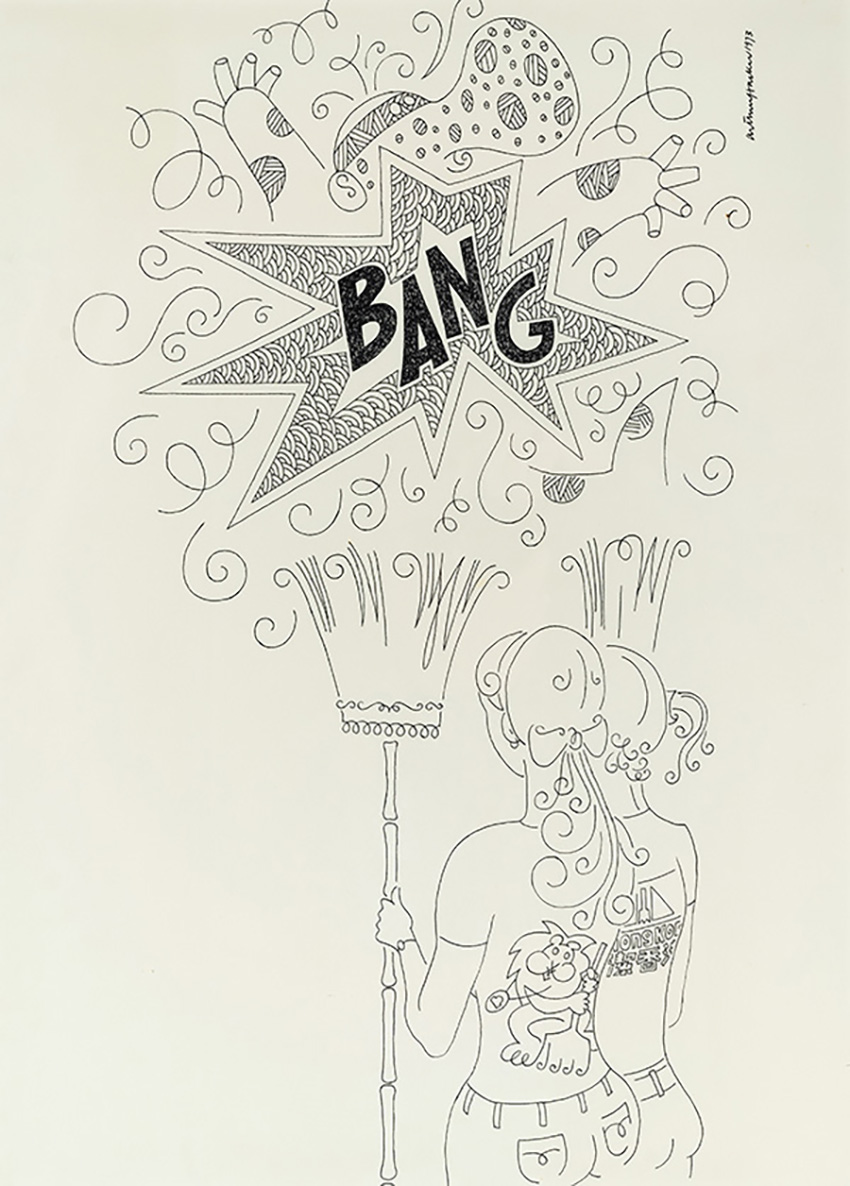 Ping Pong Gintonería is pleased to present an exhibition of works by Arthur Hacker and accompanying dance performances by Sudhee Liao.

This exhibition consists of works made throughout Arthur Hacker‘s career, from album covers designed in 1960s London to original drawings up to the early 2000s. Also on show are his works for the government, including stamps, posters and the famed Lap Sap Chung, as well as books, illustrations, original prints and drawings from his later freelance career.`

After studying at the Royal College of Art and a spell working in London, Hacker was appointed art director of the Hong Kong Government’s Information Services Department in 1967.  In the 1970s he created the iconic figure of Lap Sap Chung for the Urban Council’s Clean Hong Kong Campaign.  He published his first book, Hacker’s Hong Kong, and eventually left the government in the 80s, becoming interested in cartoons and Hong Kong’s history. A polymath, he illustrated and produced dozens of books, and designed logos and even stamps for the government. He is remembered for his inimitable line drawings of people and street life that perfectly captured Hong Kong during the 70s, 80s and 90s. He died in 2013 at the age of 81.

There will be dance performances throughout Art Basel week inspired by the Hacker works on show. The performances will be accompanied by music sampled from 70s Hong Kong. Sudhee Liao, is an interdisciplinary choreographer and movement artist who has collaborated extensively with choreographers and other performance artists in international dance and art festivals. This is her third collaboration with Ping Pong.

The exhibition and performances are part of the Art Basel Hong Kong 2022’s VIP programme.