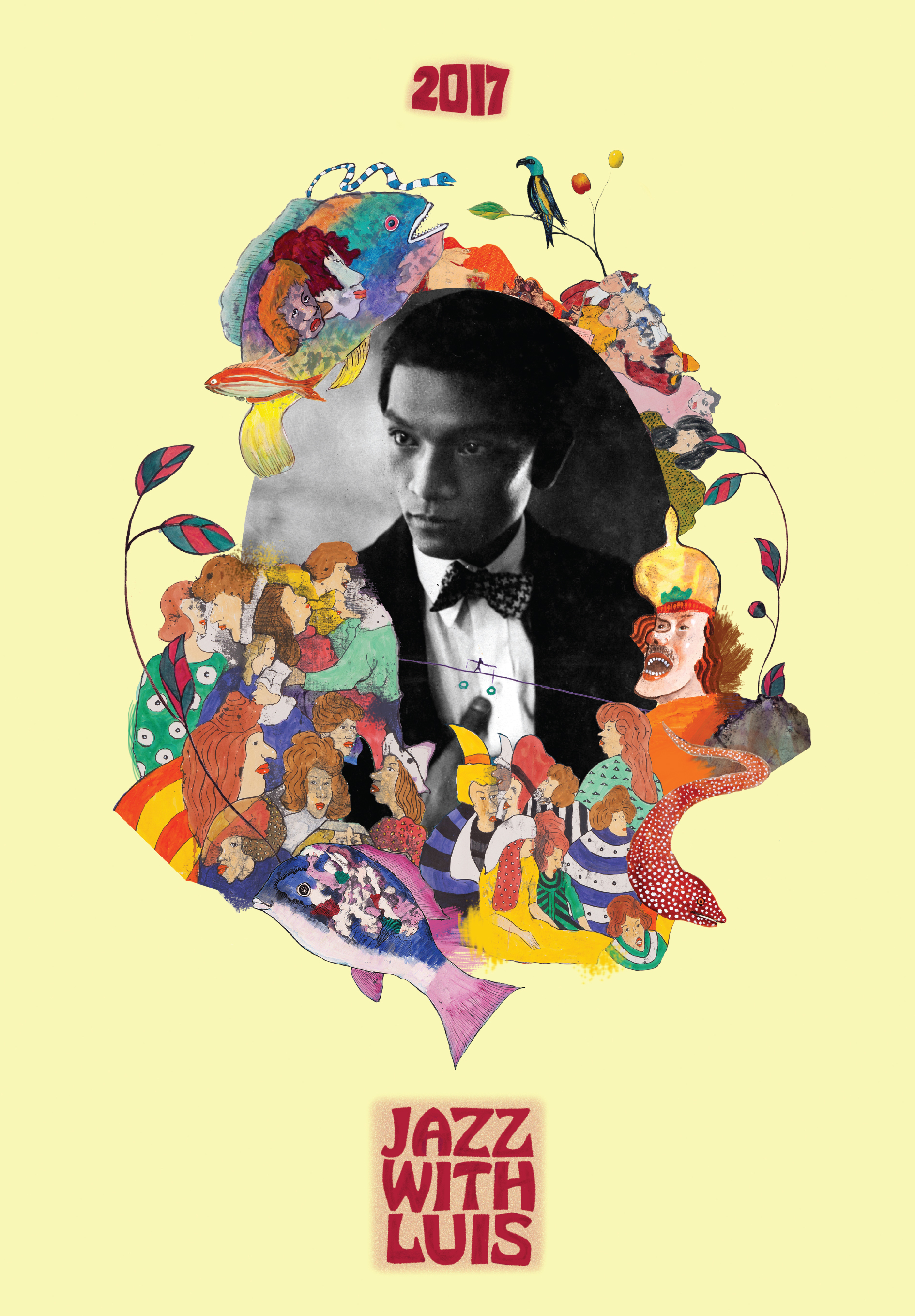 A marriage between impeccable technical skills and confident spontaneity, jazz is a fitting musical analogy for Luis Chan’s fantasy world of colours and imagination, and provides the title of the veteran Hong Kong painter’s two-part retrospective at Hanart TZ Gallery, Jazz with Luis. It is divided into Landscape Fantasy, which opened on February 17, followed by Urban Figures on March 10.

With a focus on his landscape paintings, Landscape Fantasy presents Chan’s works from the late 1950s to the late 70s, showing how he dealt with the subject in different media, and following the metamorphosis of his style from his early realist sketches to the iconic stylised works for which he is best known. The exhibition also features a detailed timeline and video interviews with the curator, scholars, and friends and the daughter of the artist. It paints a vivid picture of the fun, playful, passionate, carefree Chan, and illustrates the multifaceted impact he made to Hong Kong as an artist, writer, critic and cultural promoter and organiser.

Hong Kong became Chan’s home when he moved to the city from Panama in 1910 aged five. With the exception of a correspondence course from London’s Press Art School, Chan is the ultimate self-taught artist. He had an interest in typefaces, and gradually began painting and sketching as a hobby, learning about arts of various artistic styles from western magazines.

He became an active figure in the Hong Kong art scene, the founder of clubs and societies including the Hong Kong Art Club and the Hong Kong Artists’ Guild. In 1953 he set up his private studio and started teaching. He was also a prolific art writer, and introduced a number of important artists to the collection of the City Museum and Art Gallery of Hong Kong, now the Hong Kong Museum of Art, in his role as an advisor.

His realist watercolour landscapes of the city in the 30s and 40s meant that he was known as the King of Watercolour by the early 50s. But he continued exploring new artistic languages, ranging from abstraction to surrealist automatism. One of the show’s two rooms displays his oil paintings from the late 50s: depictions of quaint towns by the sea, boats docking at the shore, reflections of the city under twilight. These tranquil landscapes, with their rosy hues and geometric forms, would foreshadow a drastic change in Chan’s style.

In the 60s, fantastical, mythical creatures start to emerge from his landscapes. Combining an abstract, modernist style with his acute sense of observation, his landscapes started to morph into lands of vibrant surrealist imagery. While the subjects remain landscapes — islands by the sea, distant villages and seaside towns — swirls of colours start to blend into each other, revealing human and animal forms that seem to be submerged in the scene, like a secret code waiting to be deciphered.

The shift in his works epitomises Hong Kong’s transitional phase as it moved into the modern era in the 60s. As industrialisation turned the city into a metropolis, the modern ink-painting movement gave the art form a new direction. Amid the current of rapid change, Chan responded with his unique eccentric flair, capturing the strange experience of new urban life at this time of flux. His serene, eccentric landscapes carry an underlying sense of excitement and whimsy in equal measure.

Chan’s paintings capture a form of quality and presence. Depicting a couple’s embrace amid a landscape, Chan can arrest a moment as if it is a crystallised gemstone. His love for aquatic life also finds its way into his paintings in the form of eerie creatures, along with colourful, leafy plants on bizarre, rugged terrain, a land with two suns, rocks that turn into monsters, mountain ranges submerged under the sea, horn-shaped rock formations that seem to talk to each other in colours, and ambiguous winged beings that float and glow in the air.

The show also presents a number of his collages and mixed-media works, again demonstrating his expansive approach towards the subject of landscape, with elements of landscape appearing on the paper in geometric forms and symbols. Floating and swirling on his canvases are colours and fragments of forms that represent the artist’s honest response to his surroundings. Dreamy bodies of water with magical, anthropomorphic landscapes, bursting with intense passion and energy — his paintbrush brings out the elements of reality in psychedelic fantasies. It is easy to lose yourself in his landscapes. Just as he has taught himself to be a master, in Luis Chan’s world everything is possible if you dare to imagine.