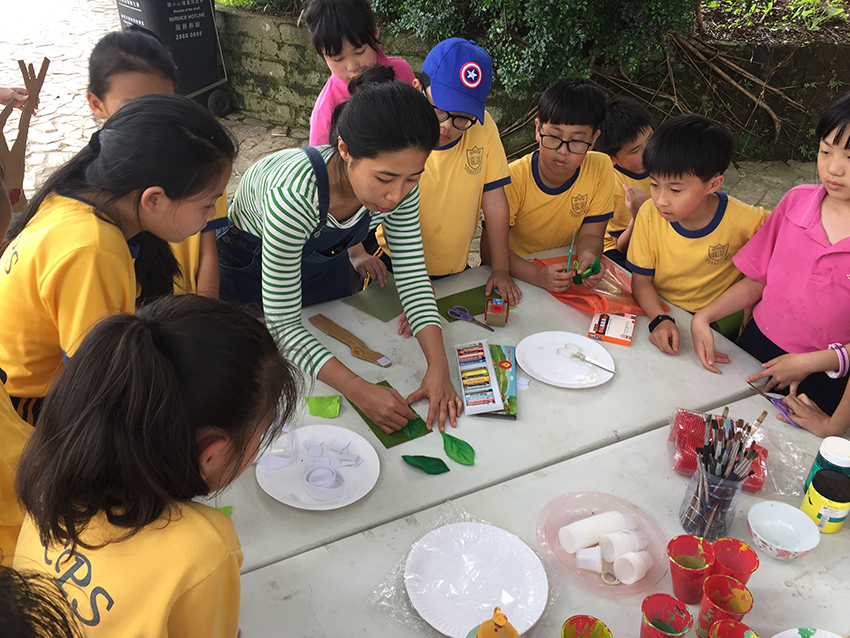 “Is [sic] the community arts becoming too close to the establishment?” my fellow contributor Queenie Liu asked me during the writers’ panel at the launch of Art Readers on Art – Hong Kong (I), a new bilingual volume by seven local artists and scholars. All seven were in attendance, including art historian Linda Lai Chiu Han and artist Ho Siu Kee. Liu’s chapter is on political art, while mine looks at the experiential side of participation in community art, defined here as a practice in which the art-making process aims to help people with their wellbeing – two very different artistic approaches to social intervention. The question presupposes a suspicion of the state that current applies in Hong Kong but is certainly not limited to it.

Liu’s observation, though pointed, is commonly put to community artists. The argument has been most strongly formulated by art historian Claire Bishop, one of community art’s harshest critics. She described the UK’s community art movement between 1970s to 1980s as simply “an agitational force campaigning for social justice [that later] became a harmless branch of the welfare state” (Living as Form: Socially Engaged Art from 1991-2011, 2012). British community artist Malcolm Dickson explained this as a struggle where “the balance of power between funders and practitioners was broken” (Art with People, 1995).

In Hong Kong, the community arts can and do occur without government or corporate support, but it’s difficult in a city with such competition for physical and mental space. At the same time, due to the practice having shared goals with the social welfare and education sectors, and the need to have stable locations for steady participation, the community arts has thrived on partnerships with community centres, rehabilitation facilities and schools.

Numerous branches of the government support the arts. It recently established the $250 million Arts Development Fund for Persons with Disabilities. The Leisure and Cultural Services Department began work in the community as early as 2000, and gradually steered the strategies of the Audience Building Office and Art Promotion Office from audience development to facilitating artistic participation in communities. In addition, the Labour and Welfare Bureau, the Home Affairs Bureau, the Education Bureau and the Social Welfare Department have also been incorporating the arts into various projects for at least 10 years.

The community arts certainly work closely with the establishment. In an environment where schooling often resembles job training more than education, and where social services are sometimes more remedial than empowering, the community arts falls easily into the role of pacification of social ills rather than developing holistic personhood and civic participation.

Yet after struggling through a similar period in the 1990s, the UK’s community arts movement eventually established its footing, with dozens of its organisations and practitioners now sought after internationally for their expertise in the empowerment of underprivileged communities and cultural development through the arts.

The question is whether the community arts in Hong Kong can likewise uphold their values and serve the people. In 2013, during the administration of former chief executive CY Leung, the Hong Kong Our Home fund was established. Carefully navigating the guidelines, numerous community-art practitioners, including myself, applied for its funding using ambiguous wording to eke out maximum creative freedom. By keeping the project scale and final product commitment small, my project was able to create a space for a group of children of various ethnicities in Yuen Long to collaborate and express their feelings and thoughts about the concept of home.

One might argue that such projects pacified people’s criticism of poor governance by becoming its propaganda material. But at the same time, such projects nurtured a sense of belonging and complicated simple prejudices, both essential elements in building communities and identities. This city is certainly at a political crossroads when it comes to carving out an environment for local cultural expression. In the messy work of project organisation, local cultural practitioners and administrators are finding creative ways to skirt bureaucratic and ideological hurdles.

At the book launch panel, artist and Ho Siu Kei said that he values artists striving to be outside the establishment, where new perspectives and insights may be gained. But there are countless positions in relation to the establishment, and one is never simply inside or outside it. There has always been a drive for the community arts to work with the voiceless; this includes single mothers, children on the autism spectrum, domestic workers and sometimes even successful executives or government officials who are consumed by their demanding jobs. If we were to apply a similar level of observation, openness and suspension of judgment to embracing the community-arts experience and each other’s stories, like when we enter a strange new exhibition, what new perspective would we find?

Here is what I have found: participants imagine and voice counter-narratives, often with naive, unpolished, unapologetic clarity, at times yearning for a better school life, the freedom to love and to be oneself, neighbourhood solidarity and intergenerational connection. They don’t only express these desires, but also put them into practice with collaborations that sometimes manage to cut across labels and prejudices.

The community arts is not anti-fine art or anti-good art. Instead, it is anti-elitism in the arts. I love the contemplative quality of Ho’s works, and I find many other local contemporary artists to be thought-provoking and eye-opening. The community arts explore new perspectives not by distancing the creator or the viewers, but by bringing them together, however different they might be, through expressive and creative work. From this interesting and often messy concoction, people can find differing views, beauty, tears and sometimes even themselves.

To answer Liu’s question: striving for true expression is always subversive because humanness interrupts attempts to mould people into predictable and efficient parts. In other words, the community arts disturb the status quo precisely by being a part of the establishment.