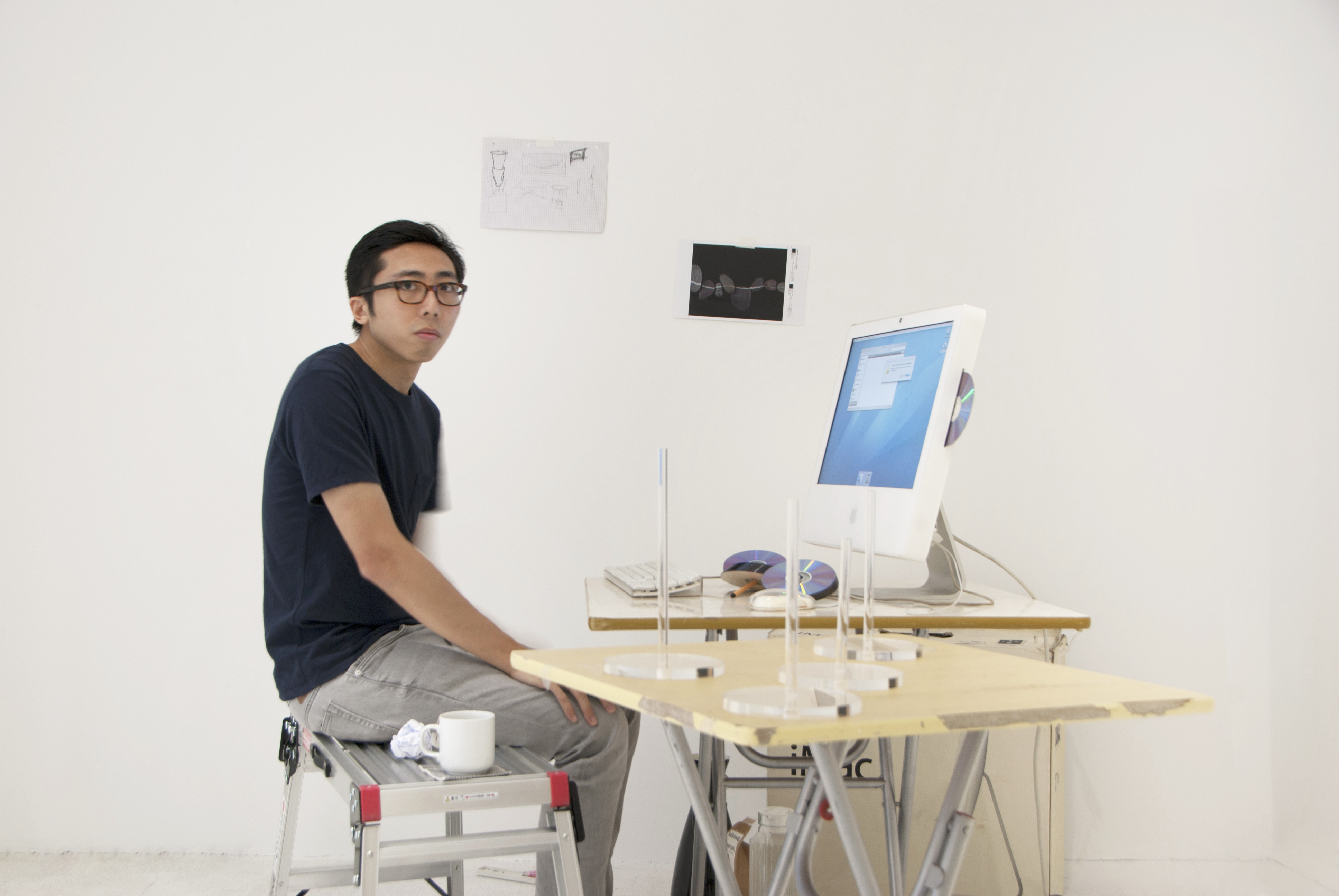 Caroline Ha Thuc: From the beginning of your career time has been at the core of your practice: how to visualise it, how to grasp it and even recently how to smell it. Where does this obsession come from?
Morgan Wong: I have no clear-cut notion of when and where this obsession or interest came from. I always see my work Plus-Minus-Zero (2010) as one of my fundamental encounters with the subject of temporality. However, there are always threads connecting previous and future works, like Journey – Hong Kong (2007) and I Got Time (2013), and I think it is important that some traces stay hidden so that connections appear at the right moment, instead of everything being too logical in the first place. My latest project, KIGOJA Standard Time (KST) (2016), in which I deal with time zones as immaterial borders, could be seen as revisiting time difference as a subject, but it also connects with my recent year of research into geopolitical issues, especially concerning borders and immateriality.

The title of your MFA thesis is Materialisation of Time. I assume your practice is less about representing time (hours, schedules, clocks) than trying to give a shape to the duration, while challenging time’s irrepressible nature?
To me this materialisation involves a rediscovery of the notion of temporality. I find my current practice sees time in two parallel tracks, one microscopic and one macroscopic. At the microscopic level, I interpret and understand temporality at a more personal level: it goes into my own personal perception and consciousness of time. So performance plays a crucial role. Filing of a Steel Bar Until a Needle is Made (2013-) is one of the best examples. On the other side, there is the macro way of seeing time, which relates to history, policy and sociopolitical changes. This involves more in-depth research into the context. However, these two approaches run in parallel and intertwine. I also use my body and performance to put myself into a more macro situation, as with my labour-intensive flag sticker peeling (The Remnant of my Volition, 2013-2015).

As I choose to subscribe to the belief in scientific time, a system based on the
continuous counting of seconds, the feeling of powerless over time is strong for me. Although you might argue that you have the ability to manage time wisely, this doesn’t mean time is like an object that you can get hold of and put wherever you wish or do with as you like. The only way you can manage it is to choose to spend time on one thing rather than another. The amount of time is still the same.

I am not eager to crack the system or theory of time like a scientist does, but I feel desperate when I acknowledge myself that I am bound by this system. To create my own system in search of my own existence, freedom and volition as an individual seems to be an alternative.

Many of your performances include the repetition of a gesture. Would you say that you create your own frameworks of reference to time through these repetitions in order to free yourself from temporality?
I am creating different frameworks for time, where time seems to be a currency that can be converted into different systems. And this is how the repetition becomes crucial to the work, because a system requires a specific unit, and that unit becomes visible only when it is turned into an identifiable pattern through repetition. In the new currency of time, I seem to have more control over it: the long ticking seconds are transformed into steps that I take on snow, or the slowly drying concrete in my hand (I Got Time, 2013).

I do not specifically feel absurdity in your work, even though it’s clearly present.
Yes, I guess it might be perceived as absurd to walk backwards and anticlockwise for an hour around a circular forest, winding back like the hand of a clock, in order to reduce time the difference between two places (Plus-Minus-Zero, 2010). But one cannot purposely be absurd; that would be only an imitation of being absurd.

With this attitude you clearly resist the mainstream, and your practice definitively reflects a social and political stance of resisting the capitalist idea of economic performance. The political dimension is becoming increasingly clear in your recent works: in your most recent exhibition, KIGOJA Standard Time (KST), you suggest that governments can manipulate time for political and economic reasons.
It seems quite obvious that time became one of Kim Jong-un’s tools in his anti-Japanese propaganda about Korea’s colonial past. Memorial dates clearly politicise time as well. In my exhibition I above all question who has the power of speech about time. I am not interested in focusing directly on the political context of North Korea’s new Pyongyang Time; instead I wished to create my own fictional time zone and force it on my audience.
There is a system that forces members of the public to book a particular time slot for viewing the exhibition. If they arrive late because they have miscalculated the time difference between Seoul and my fictional time zone, they are not allowed into the exhibition. This exercising of power is political as well. And it is crucial for the conceptual idea to intersect with reality instead of just being up in the air.
More generally, I think the pursuit of timelessness is not only a humanistic quest; its social and political dimensions also question the fundamental value of an individual as an agent for change. Apart from Demolishing Rumor (2010), dealing with forced eviction and demolition in Beijing, works like A Story of an Eel Chef (2010) and Untitled – Agnosia Series I (2011) explore the place of individuals within society.

In the 1960s the issue of time was largely explored by conceptual artists such as On Kawara, Alighiero Boetti,Roman Opalka and later Tehching Hsieh. To what extent do you feel your work is the legacy of these artists, and why do you feel the need to tackle the issue of time today?
I think my predecessors have heavily influenced me in their formal language and their frameworks for seeing time. That is why I am very aware of my position in reflecting current temporality, instead of falling into the trap of worshiping and following. For instance, with I Got Time (2013), the work doesn’t happen against an aestheticised backdrop, but in real life. The context of the work is no longer the 60s or 70s, with the discovery then of the formality of performances and confined settings. If this idea had been conceived at that time, I might have been holding a cup of concrete every day since then.

With Filing Down a Steel Bar Until a Needle is Made, based on daily repetition, the missing days, such as time spent on shipping or away from home, are anticipated. This is not an escape from the pledge, but a reflection on contemporary practice as an artist with a lifelong work. Tehching Hsieh famously said: “Life is a life sentence, life is passing time, life is free thinking.” Since the bigger framework is already here, which is my lifetime, I do not need to have a micro framework to govern the work too rigidly.

What does your studio look like?
I like organisational systems, but at the same time I am quite messy. This is the same for the immaterial studio in my head as well, where I conduct a lot of thought experiments.